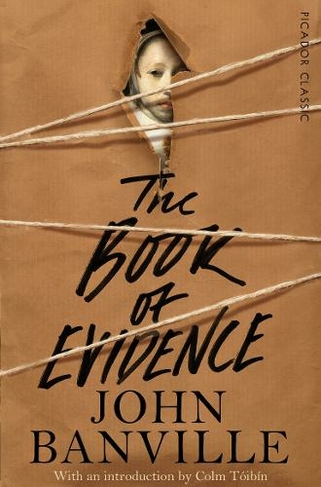 The Book of Evidence

With an introduction by Colm Toibin Shortlisted for the 1989 Booker Prize, The Book of Evidence by John Banville is a dark and unsettling crime classic. This special 25th anniversary edition features extra material. Frederick Charles St John Vanderveld Montgomery. Do you swear to tell the truth, the whole truth, and nothing but the truth? Don't make me laugh. Freddie Montgomery has committed two crimes. He stole a Dutch old-master painting from a wealthy family friend and murdered the chambermaid who caught him in the act. Narcissistic, greedy and reckless, Freddie travels through life apparently without remorse. However, as he narrates his testimony, he realises that the only person to be held responsible for his life, and his crimes, is himself. He just can't quite admit it yet . . . Shortlisted for the 1989 Booker Prize, John Banville's The Book of Evidence is a wonderfully dark, insightful and unnerving crime novel that takes us deep into the unreliable mind of an improbable murderer.

John Banville was born in Wexford, Ireland, in 1945. He is the author of many highly acclaimed and prize-winning novels including The Sea, which won the 2005 Booker Prize. He has been awarded the Franz Kafka Prize and a literary award from the Lannan Foundation. He lives in Dublin. Colm Toibin was born in Ireland in 1955. He is the author of several novels, including Brooklyn, the 2009 Costa Novel of the Year, The Master, which was shortlisted for the 2004 Man Booker Prize and winner of the LA Times Book Prize and the IMPAC Book Award, and The Blackwater Lightship, which was shortlisted for the 1999 Booker Prize and the 2001 IMPAC Award. His non-fiction includes Bad Blood, Homage to Barcelona, The Sign of the Cross and Love in a Dark Time. He is also the author of two short-story collections, Mothers and Sons, which was awarded the inaugural Edge Hill Prize, and The Empty Family, which was shortlisted for the 2011 Frank O'Connor International Short Story Award. His work has been translated into seventeen languages. He lives in Dublin.

The Book of Evidence
The Book of Evidence
John Banville
Paperback
Special Order item not currently available. We'll try and order for you
https://www.whsmith.co.uk/products/the-book-of-evidence/john-banville/colm-toibin/paperback/9781447275367.html £6.47 rrp £8.99 Save £2.52 (28%)
GBP