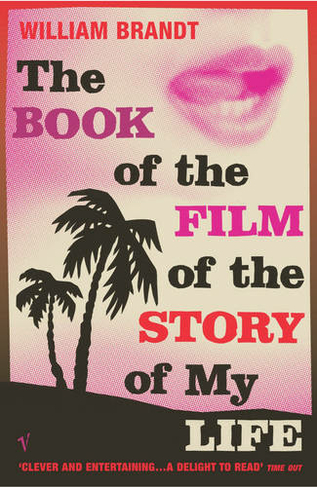 The Book Of The Film Of The Story Of My Life

Frederick Case is a 42-year-old New Zealand film-maker failing in London. He's separated from his wife, Sophie Carlisle, an actress who has run off with super-stud actor Matt Chalmers, her co-star in the smash hit movie Shag City - the first mainstream film ever to depict an erect penis being sucked. To make matters worse Sophie is pregnant. When Frederick is invited to fly out to the film world's party of the year on the remote Pacific island of Makulalanana, knowing that Sophie and Matt will be there, he hires 'Miss Melissa', a hooker, to play the part of his gorgeous new girlfriend. On meeting Sophie again, Frederick is convinced that the baby must be his. He pays Melissa to seduce Matt...

William Brandt was born in London in 1961 to New Zealand parents. He grew up in New Zealand where he now lives. As an actor he has appeared in many productions, including Jane Campion's An Angel at My Table. His collection of short stories Alpha Male was published by Cape in 2000. It won the Best First Book of Fiction Award at the 1999 Montana NZ Book Awards, and was highly praised by reviewers in New Zealand and the UK.