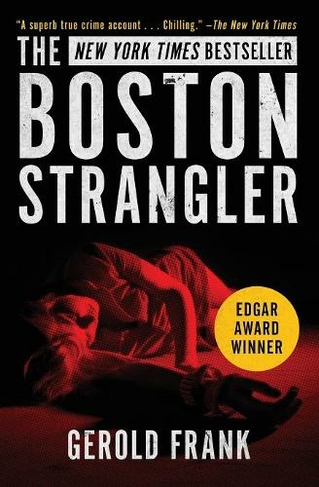 New York Times Bestseller and Winner of the Edgar Award: The definitive account of a serial killer's rampage-and the manhunt that stopped him. On June 14, 1962, twenty-five-year-old Juris Slesers arrived at his mother's apartment to drive her to church. But there was no answer at the door. When he pushed his way inside, Juris found Anna Slesers dead on the kitchen floor, the cord of her housecoat knotted tightly around her neck. Over the next two years, twelve more bodies were discovered in and around Boston: all women, all sexually assaulted, and all strangled. None of the victims exhibited any signs of struggle, nothing was stolen from their homes, and there were no signs of forcible entry. The police could find no discernable motive or clues. Who was this madman? How was he entering women's homes? And what insanity was driving him? Drawn from hundreds of hours of personal interviews, as well as police, medical, and court documentation, this is a grisly, horrifying, and meticulously researched account of Albert DeSalvo-an American serial killer on par with Jack the Ripper.

Gerold Frank (1907-1998) was an American author and ghostwriter. Born in Cleveland, Ohio, Frank attended Ohio State University. After graduation, he moved to New York with dreams of becoming a poet, and then moved back to Cleveland to work as a newspaperman. Later, he returned to New York to work for the Journal-American. During World War II, Frank was a war correspondent in the Middle East. He won two Edgar Awards for Best Fact Crime, for his books The Deed and The Boston Strangler, the latter of which was adapted into a film starring Tony Curtis. He was a pioneer of the contemporary literary form of the as-told-to celebrity biography. Frank's books number in the dozens, and include collaborations with Lillian Roth, Mike Connolly, Diana Barrymore, Zsa Zsa Gabor, and Judy Garland.