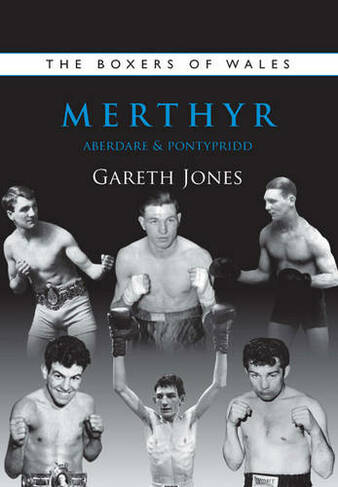 The Boxers of Merthyr, Aberdare & Pontypridd: Vol. 2 (Boxers of Wales 2)

By Gareth Jones (Author)
Paperback
https://www.whsmith.co.uk/products/the-boxers-of-merthyr-aberdare-and-pontypridd-vol-2-boxers-of-wales-2/gareth-jones/paperback/9781902719290-12-000.html £13.79 rrp £14.99 Save £1.20 (8%)
GBP
Availability
In Stock
Free Delivery Available When You Spend £25 Or More
Details
Spend £25 On Eligible Products To Receive Free Standard Delivery To You Home Or Free Next Working Day Click And Collect To Store
Share

A stroll around Merthyr town centre demonstrates the importance of the fight game in the borough's history. Where else on the planet can you find no fewer than three statues of boxers? A must-buy for all fight fans this book tells the stories of some 50 fighters who have made their mark to varying degrees over the past century and a half. Some are known world-wide, such as the occupants of those plinths - Howard Winstone, Johnny Owen and Eddie Thomas - others were local legends, such as the king of the cobbles, Redmond Coleman, and the man whose skin colour robbed him of the chance of greatness, Cuthbert Taylor. The neighbouring Taff Valley towns of Aberdare and Pontypridd also contribute their heroes including little Dai Dower, who won British, Empire and European titles in less than five months, while Pontypridd folk are justly proud of their world champion, Freddie Welsh, and the three Moody brothers, who all won belts. With several dozen illustrations, some never before published, this is recommended reading for all fight fans, whether or not they have the good fortune to hail from the Taff Valley. 40 illustrations