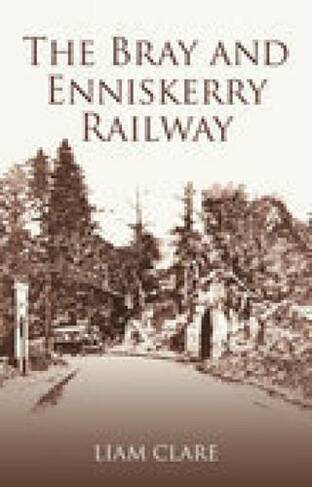 Between 1840 and 1910, more than a dozen proposals were put forward to link the village of Enniskerry to the town of Bray by rail or tramway. Some never developed beyond a gleam in the eye of an entrepreneur, while others got bogged down in the complicated legal and political procedures involved in seeking approval for any new rail or tramway scheme. Several schemes survived this process but failed to raise the finance necessary to commence the work. Construction began on just one undertaking and was 'proceeding very satisfactorily' until unforeseen financial problems, arising from a partnership with a shady finance company, brought the work to a sudden stop. The result was an unfinished railway, which was a target for vandalism, a focus for litigation and the cause of a scramble by creditors to recover their assets. The track, only recently laid, was ripped up again and sold off. The less-easily-liquidated features - the embankments and cuttings and the walls and bridges - soon began to decay. Today very few remnants remain to remind us of the vision and hopes of the Victorian entrepreneurs. By way of context, several other contemporary rail and tramway projects within the North Wicklow area are mentioned.

Liam Clare, a native of Bray, has a background in local administration and is particularly interested in administrative history. He is the author of Victorian Bray (1998) and Enclosing the Commons (2004), and has jointly edited Irish Fairs and Markets (2001), Irish Villages (2004), Foxrock and Cabinteely Memories (2006) and Trouble with the Law (2007).