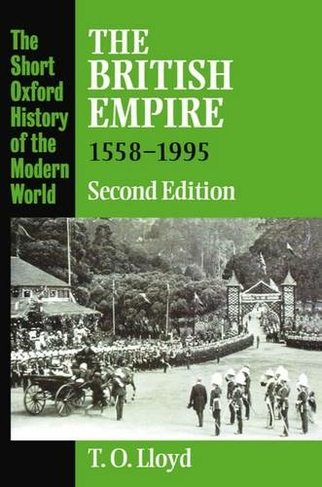 This is a comprehensive survey of the entire history of the British empire. Avoiding the polemics or apologetics that were inevitable when the empire was still at the centre of political controversy, T. O. Lloyd describes the full sweep of expansion and decolonization from the voyages of discovery in the reign of Queen Elizabeth I to the achievement of independence in the second half of the twentieth century. Drawing out both parallels and differences between paths of development throughout the empire, Professor Lloyd provides a unified and coherent account of a vital period in the history of all the countries that make up the modern Commonwealth. For the second edition, Professor Lloyd has revised the text, updated the bibliography and tables, and added a final chapter on `The World after the Empire', which examines the important events and issues of today in countries of the former empire, such as South Africa, Canada, Hong Kong, and Australia. maps, tables