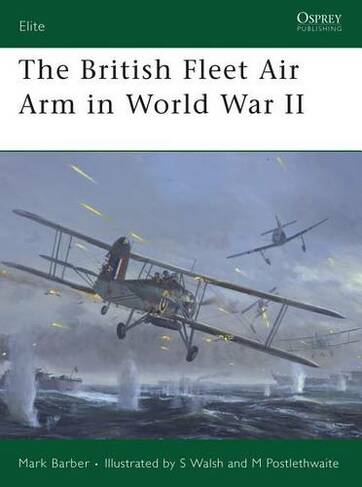 This is a concise history of the Royal Navy's air arm during World War II, from their Arctic convoys, to the battle of Malta, and the last raids on Japan. Illustrations (some col.)

Lieutenant Mark Barber RN is a pilot based at RNAS Culdrose. His dissertation on the Fleet Air Arm in the Mediterranean in World War II was named as the best in the year at the Royal Navy academy, Dartmouth. He was named Best Aircrew Officer upon graduation of his class. His unlimited access to Royal Navy and Fleet Air Arm museum records and photos, has resulted in a book that is a worthy addition to the annals of British naval aviation. The author lives in Cornwall, UK.Stephen Walsh studied art at the North East Wales Institute. Since then he has worked mainly for the American historical board-game market, fulfilling a lifelong interest in historical subjects. His American works include the best-selling Settlers of Catan. He has also produced many pieces of artwork inspired by J R R Tolkien. Stephen Walsh lives in Macclesfield, UK.