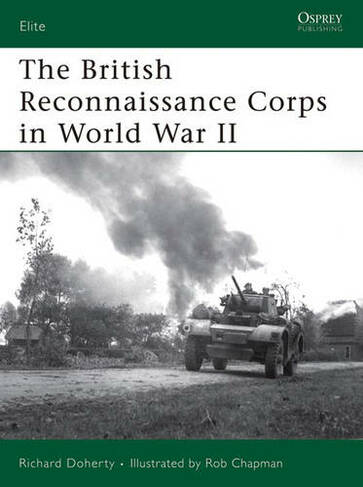 The British Reconnaissance Corps in World War II: (Elite No. 152)

Either creeping through the landscape or mounted in armoured cars and Bren carriers, Reconnaissance Regiments became a vital addition to all British infantry divisions. Their spearhead role meant that they were consistently at the forefront of all dramatic action, and most famously served with the 1st and 6th Airborne at Arnhem and with the Chindits in Burma. Within every theatre of war, ranging from the jungles to the deserts, the Reconnaissance Corps made a critical contribution to the Allied war effort. However, with the disbandment of the Corps at the end of the war, their record has been unjustly forgotten. With a selection of rare and unpublished frontline photographs taken from private collections, this fascinating new insight into the forgotten elite core of the British Army will recount the experiences of those soldiers who operated ahead of the army throughout the course of the war. Illustrations (some col.), ports. (some col.)

J. R. Doherty, FIRSO, MRHistS. has published a good history of the Recce Corps - Only the Enemy in Front (1994), which sold some 8,000 copies, now o/p, and a copy has sold on a website for _100. This was the only such study since 1947. His synopsis is highly professional, and material (including photos) comes from veterans he has interviewed. The author lives in Londonderry, Ireland.