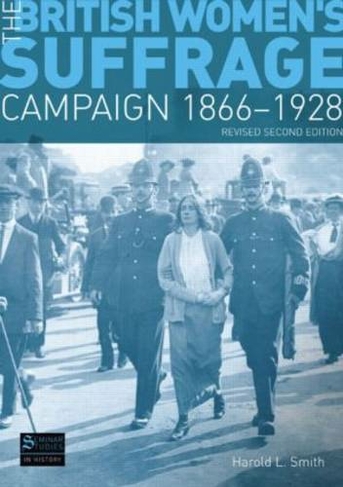 This Seminar Study was the first book to trace the British women's suffrage campaign from its origins in the 1860s through to the achievement of equal suffrage in 1928. In this second edition, Smith provides new evidence drawn from the author's research on how the main post-1918 women's organisation (the NUSEC) worked with Conservative Party women to persuade the Conservative Party to endorse equal franchise rights. Smith focuses on the actions of reformers and their opponents, with due attention paid to the campaigns in Scotland and Wales as well as the movements in England. He explores why women's suffrage was such a contentious issue, and how women gained the vote despite opponents' fears that it would undermine gender boundaries. Suitable for students studying the Suffrage Movement, modern British history and the history of gender.

Harold L. Smith is Professor of History at the University of Houston-Victoria, and a Fellow of the Royal Historical Society of Great Britain. His previous books include: (with Judith N. McArthur) Minnie Fisher Cunningham: A Suffragist's Life in Politics (2003); Britain in the Second World War: A Social History (1996) and British Feminism in the Twentieth Century (1990).