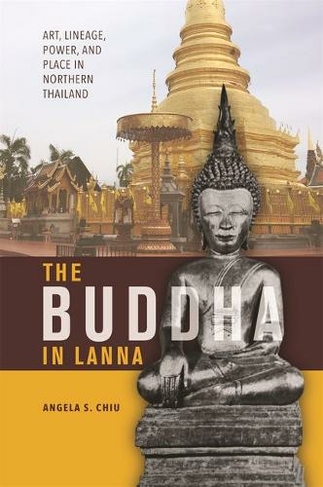 The Buddha in Lanna: Art, Lineage, Power, and Place in Northern Thailand

For centuries, wherever Thai Buddhists have made their homes, statues of the Buddha have provided striking testament to the role of Buddhism in the lives of the people. The Buddha in Lanna offers the first in-depth historical study of the Thai tradition of donation of Buddha statues. Drawing on palm-leaf manuscripts and inscriptions, many never previously translated into English, the book reveals the key roles that Thai Buddha images have played in the social and economic worlds of their makers and devotees from the fifteenth to twentieth centuries. Author Angela Chiu introduces stories from chronicles, histories, and legends written by monks in Lanna, a region centered in today's northern Thailand. By examining the stories' themes, structures, and motifs, she illuminates the complex conceptual and material aspects of Buddha images that influenced their functions in Lanna society. Buddha images were depicted as social agents and mediators, the focal points of pan-regional political-religious lineages and rivalries, indeed, as the very generators of history itself. In the chronicles, Buddha images also unified the Buddha with the northern Thai landscape, thereby integrating Buddhist and local conceptions of place. By comparing Thai Buddha statues with other representations of the Buddha, the author underscores the contribution of the Thai evidence to a broader understanding of how different types of Buddha representations were understood to mediate the "presence" of the Buddha. The Buddha in Lanna focuses on the Thai Buddha image as a part of the wider society and history of its creators and worshippers beyond monastery walls, shedding much needed light on the Buddha image in history. With its impressive range of primary sources, this book will appeal to students and scholars of Buddhism and Buddhist art history, Thai studies, and Southeast Asian religious studies. 19 black & white illustrations, 1 map

Angela S. Chiu is a research associate in the Department of the History of Art and Archaeology at the School of Oriental and African Studies, University of London.