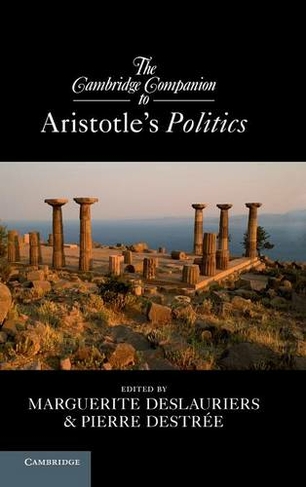 The Cambridge Companion to Aristotle's Politics

One of the most influential works in the history of political theory, Aristotle's Politics is a treatise in practical philosophy, intended to inform legislators and to create the conditions for virtuous and self-sufficient lives for the citizens of a state. In this Companion, distinguished scholars offer new perspectives on the work and its themes. After an opening exploration of the relation between Aristotle's ethics and his politics, the central chapters follow the sequence of the eight books of the Politics, taking up questions such as the role of reason in legitimizing rule, the common good, justice, slavery, private property, citizenship, democracy and deliberation, unity, conflict, law and authority, and education. The closing chapters discuss the interaction between Aristotle's political thought and contemporary democratic theory. The volume will provide a valuable resource for those studying ancient philosophy, classics, and the history of political thought.

Marguerite Deslauriers is Professor of Philosophy at McGill University, Montreal. She is the author of Aristotle on Definition (2007). Pierre Destree is Associate Researcher at the Belgian FRS (Fonds de la Recherche Scientifique) and Associate Professor of Philosophy at the University of Louvain. He has edited several books, including Akrasia in Greek Philosophy (co-edited with Christopher Bobonich, 2007) and Plato and the Poets (co-edited with F.-G. Herrmann, 2011).