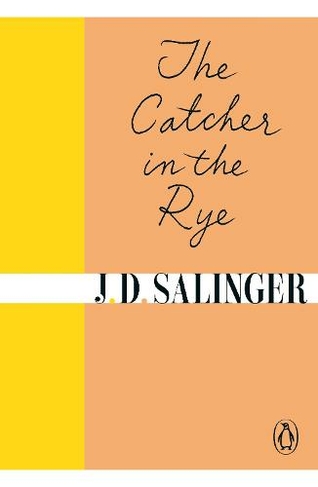 The Catcher in the Rye

Witty, wise and bittersweet, The Catcher in the Rye is the ultimate American coming-of-age novel - a timeless classic 'If you really want to hear about it, the first thing you'll probably want to know is where I was born and what my lousy childhood was like, and how my parents were occupied and all before they had me, and all that David Copperfield kind of crap, but I don't feel like going into it, if you want to know the truth.' The first of J. D. Salinger's four books to be published, The Catcher in the Rye is one of the most widely read and beloved of all contemporary American novels. 'The handbook of the adolescent heart' The New Yorker 'He wrote a perfect novel and it changed US culture forever' Independent 'It was a very pure voice he had. There was no one like him' Martin Amis 'He was the poet of youthful alienation before youth really knew what that was' The Sunday Times 'His work meant a lot to me when I was a young person and his writing still sings now' Dave Eggers

J. D. Salinger was born in 1919 and died in January 2010. He grew up in New York City and wrote short stories from an early age, but his breakthrough came in 1948 with the publication in the New Yorker of 'A Perfect Day for Bananafish'. The Catcher in the Rye was his first and only novel, published in 1951. It remains one of the most translated, taught and reprinted texts, and has sold over 65 million copies worldwide. He went on to write three further, critically acclaimed, best-selling works of fiction: Franny and Zooey, For Esme - With Love And Squalor and Raise High the Roof Beam, Carpenters, and Seymour - An Introduction. Salinger continued to write throughout his life and left behind a large body of unpublished work.