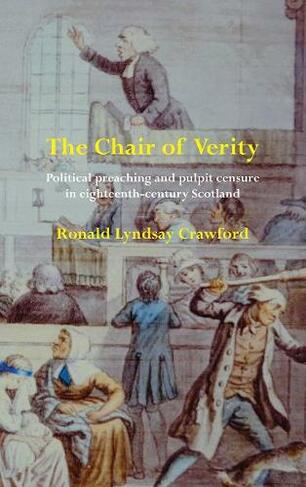 Expanding a hypothesis the author first developed in his earlier publications, this is an examination not merely of the extent to which ministers of the Church of Scotland, depending on their factional loyalties, sharply differed in the messages they sought to convey to their own congregations (and through the medium of print to the wider world) on a wide spectrum of contemporary issues, but also of how their own personalities impacted on their sermons, often revealing their innate political as well as their theological leanings. In a wide-ranging and thoughtful Introduction, Crawford argues that politics and the pulpit have been inter-dependent from the middle ages - but more especially since the Reformation when political preaching became synonymous with the preaching of men like Luther, Calvin and, in Scotland, Knox. Subsequent chapters analyse key Enlightenment issues including the stance of the Kirk - and of individual ministers - on patronage, the stage, heresy, political reform, patriotism, America, popery and slavery, as articulated from the chair of verity. Additionally, and unusually in an Enlightenment historian, the author is able to deploy an impressive understanding of legal history in order to extend the scope of his study, specifically to cover the related (but imperfectly understood) issue of pulpit censure. 20 black and white illustrations

Ronald Lyndsay Crawford is the author of The Lost World of John Witherspoon: Unravelling the Snodgrass Affair, 1762 to 1776 (Aberdeen University Press, 2015).