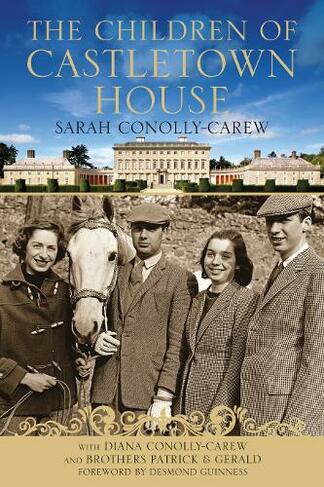 The Children of Castletown House

Castletown House, Ireland's largest and earliest Palladian-style house, was built between 1722 and 1729 for William Conolly, Speaker of the Irish House of Commons and the wealthiest commoner in Ireland. In 1967, the house was bought by the Hon. Desmond Guinness, founder of the Irish Georgian Society and opened to the public. In 1994, ownership of the house was transferred to the State, and it is now managed by the Office of Public Works. Castletown House, a history, is the story of that house, written by the children who grew up there, Baroness Diana Wrangle Conolly Carew, the Hon. Sarah McPherson & their brother, the Hon. Gerald Edward Ian Maitland-Carew. In this fascinating history, the character of the house is brought to life through its former residents, together with stories of their Olympic medals, the chance survival of the house through the Civil War, and tales of visiting royalty to the greatest of Ireland's great houses. 8 Plates, color; 8 Plates, black and white; 90 Illustrations, black and white

Sarah Conolly-Carew's father-in-law was the last Commander of the White Russian Army. They have hosted Princess Grace of Monaco and many of the Royals, and amongst their many experiences are Olympic medals and assassination. Sarah McPherson is also a dedicated historian, who brings a rigor to the many stories they have to tell about the history of Castletown House. Desmond Guinness is a conservationist and the author of Dublin: A Grand Tour, Georgian Dublin, and Irish Houses and Castles.