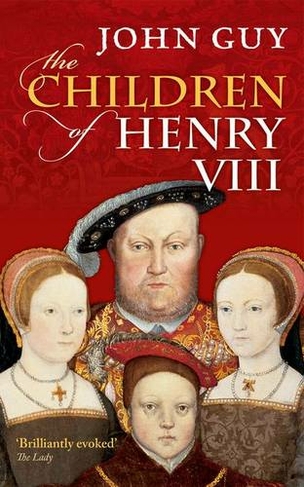 The Children of Henry VIII

Behind the facade of politics and pageantry at the Tudor court, there was a family drama. Nothing drove Henry VIII, England's wealthiest and most powerful king, more than producing a legitimate male heir and so perpetuating his dynasty. To that end, he married six wives, became the subject of the most notorious divorce case of the sixteenth century, and broke with the pope, all in an age of international competition and warfare, social unrest and growing religious intolerance and discord. Henry fathered four living children, each by a different mother. Their interrelationships were often scarred by jealously, mutual distrust, sibling rivalry, even hatred. Possessed of quick wits and strong wills, their characters were defined partly by the educations they received, and partly by events over which they had no control. Henry Fitzroy, Duke of Richmond, although recognized as the king's son, could never forget his illegitimacy. Edward died while still in his teens, desperately plotting to exclude his half-sisters from the throne. Mary's world was shattered by her mother's divorce and her own unhappy marriage. Elizabeth was the most successful, but also the luckiest. Even so, she lived with the knowledge that her father had ordered her mother's execution, was often in fear of her own life, and could never marry the one man she truly loved. Henry's children idolized their father, even if they differed radically over how to perpetuate his legacy. To tell their stories, John Guy returns to the archives, drawing on a vast array of contemporary records, personal letters, and first-hand accounts. 14 b&w halftones, 11 colour plates

John Guy is a Fellow of Clare College, University of Cambridge. His books include the bestselling Tudor England, The Tudors: A Very Short Introduction, A Daughter's Love: Thomas and Margaret More, Thomas Becket: Warrior, Priest, Rebel, Victim: A 900-Year-Old Story Retold and 'My Heart is My Own': the Life of Mary Queen of Scots, which won the Whitbread Biography Award, Marsh Biography Award, and was a Finalist for theNational Book Critics' Circle (USA) Biography/Autobiography of the Year Award. A regular contributor to BBC radio and television, he also writes and reviews for national newspapers and magazines, including The Sunday Times and The Literary Review.