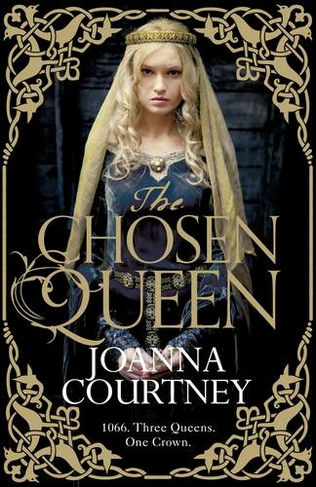 He looked like a king that day, Harold. Even in a simple bridegroom's tunic of darkest green he looked like royalty as he stepped up to take the Lady Svana's hand. There was no gold in sight, just flowers; no parade of bishops, just a smiling monk in a sack-robe and bare feet. There was no betrothal contract, no formal prayers, no exchange of lands or elaborate gifts, just the linking of hands joining two people for a year and a day. Edyth had said nothing but it had seemed to her then that Harold glowed when he was with his handfast wife and it was that glow, more than any gold or land or title, that drew people to him. 'Love prefers to be free,' Svana had said and Edyth had carried that with her ever since. It had been her ideal, lit up by firelight and scented with meadow grass, and now, on the brink of womanhood, she craved such a passion for herself. The Queens of the Conquest trilogy 1066. Three Queens. One Crown. As a young woman in England's royal court, Edyth, granddaughter of Lady Godiva, dreams of marrying for love. But political matches are rife while King Edward is still without an heir and the future of England is uncertain. When Edyth's family are exiled to the wild Welsh court, she falls in love with the charismatic King of Wales - but their romance comes at a price and she is catapulted onto the opposing side of a bitter feud with England. Edyth's only allies are Earl Harold Godwinson and his handfasted wife, Lady Svana. As the years pass, Edyth finds herself elevated to a position beyond even her greatest expectations. She enjoys both power and wealth but as her star rises the lines of love and duty become more blurred than she could ever have imagined. As 1066 dawns, Edyth is asked to make an impossible choice. Her decision is one that has the power to change the future of England forever . . . The Chosen Queen by Joanna Courtney is the perfect blend of history, fast-paced plot and sweeping romance with a cast of strong female characters - an unforgettable read.

Joanna Courtney has wanted to be a writer ever since she could read. As a child she was rarely to be seen without her head in a book and she was also quick to pick up a pen. After spending endless hours entertaining her siblings with made up stories, it was no surprise when Joanna pursued her passion for books during her time at Cambridge University - where she combined her love of English and History by specialising in Medieval Literature. Joanna continued to write through her first years of work and then, married and living in Derbyshire, in the sparse hours available between raising four children. She has written over 200 stories and serials published in women's magazines, some of which have been broadcast on BBC radio. Joanna has also won several fiction prizes and written and directed an award-winning play. She teaches creative writing across the country and for the Open University. Joanna is fascinated by defining moments in history, of which the Battle of Hastings is certainly one. The outcome of that momentous day is one of the big 'what-ifs?' of England's past and she has loved being able to immerse herself in the world of the Anglo-Saxons, Normans and Vikings whilst writing The Queen's of the Conquest trilogy.