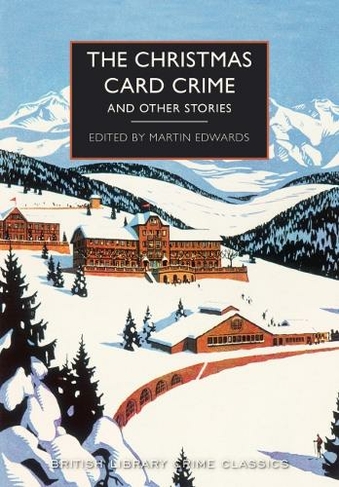 By Martin Edwards (Contributor)
Paperback
https://www.whsmith.co.uk/products/the-christmas-card-crime-and-other-stories/martin-edwards/paperback/9780712352475-12-000.html £7.37 rrp £8.99 Save £1.62 (18%)
GBP
Availability
In Stock
Free Delivery Available When You Spend £25 Or More
Details
Spend £25 On Products To Receive Free Standard Delivery To Your Home Or Free Next Working Day Click And Collect To Store
Share

A Christmas party is punctuated by a gunshot under a policeman's watchful eye. A jewel heist is planned admist the glitz and glamour of Oxford Street's Christmas shopping. Lost in a snowstorm, a man finds a motive for murder. This collection of mysteries explores the darker side of the festive season - from unexplained disturbances in the fresh snow, to the darkness that lurks beneath the sparkling decorations. With neglected stories by John Bude and E. C. R. Lorac, as well as tales by little-known writers of crime fiction, Martin Edwards blends the cosy atmosphere of the fireside story with a chill to match the temperature outside. This is a gripping seasonal collection sure to delight mystery fans.

Martin Edwards is series consultant for British Library Crime Classics. He is an award-winning crime writer; Chair of the Crime Writers' Association and President of the Detection Club. The Golden Age of Murder, his study of the Detection Club, was published in 2015 to international acclaim, and won the Edgar, Agatha, H.R.F. Keating and Macavity awards for the year's best book about the genre. The Story of Classic Crime in 100 Books was published by the British Library in 2017.