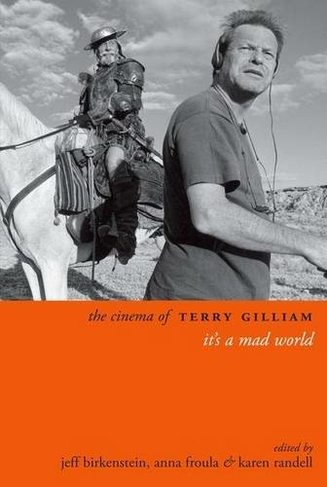 The Cinema of Terry Gilliam It's a Mad World

Terry Gilliam has been making movies for more than forty years, and this volume analyzes a selection of his thrilling directorial work, from his early films with Monty Python to The Imaginarium of Doctor Parnussus (2009). The frenetic genius, auteur, and social critic continues to create indelible images on screen--if, that is, he can get funding for his next project. Featuring eleven original essays from an international group of scholars, this collection argues that when Gilliam makes a movie, he goes to war: against Hollywood caution and convention, against American hyper-consumerism and imperial militarism, against narrative vapidity and spoon-fed mediocrity, and against the brutalizing notion and cruel vision of the "American Dream." 15 B&W

Jeff Birkenstein is associate professor of English at Saint Martin's University. With Anna Froula and Karen Randell, he is coeditor of Reframing 9/11: Film, Pop Culture, and the "War on Terror." Anna Froula is assistant professor of film studies at East Carolina University and associate editor of Cinema Journal. She has published on war trauma and gender in such journals as Changing English, Cinema Journal, and The Journal of War and Culture Studies, and in the collection Iraq War Cultures.A Karen Randell is professor of film and culture at Southampton Solent University. She is coeditor of five books including The War Body on Screen and Screening the Dark Side of Love: From Euro-Horror to American Cinema. She has also been published in Screen and Cinema Journal.