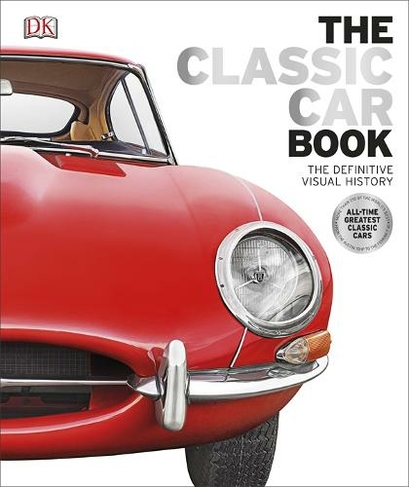 From the Chevrolet Bel Air to the Ferrari Testarossa, this book takes you on a scenic drive through the history of classic cars, exploring their status as objects of luxury and desire. The Classic Car Book showcases the most important and iconic classic cars from every decade since the 1940s, with a foreword by award-winning writer and commentator on the industry, history, and culture of cars and motoring, Giles Chapman. Fully illustrated and packed with stunning photography, The Classic Car Book uses specially commissioned photographic tours to put you in the driver's seat of the world's most famous and celebrated cars, including stylish roadsters and luxury limousines from manufacturers such as Mercedes-Benz, Ferrari, Rover, Jaguar, and Bentley. Ideal for any car collectors and enthusiasts, The Classic Car Book is an essential addition to every bookshelf.

Giles Chapman is an award-winning journalist and author of more than 40 books on a wide spectrum of car subjects. Drive is the third major title he has directed for DK after the internationally successful The Car Book (2011) and The Classic Car Book (2016), bringing his knowledge of car culture, history, and industry from 35 years in the motoring media. He was editor of Classic & Sports Car, the world's best-selling classic car magazine, and since 1994 he has contributed to dozens of major newspapers and magazines. Besides his own books - which include My Dad had One Of Those, Chapman's Car Compendium, and Britain's Toy Car Wars - he has worked as an advisor to many other authors and publishers. He founded the Royal Automobile Club's Motoring Book Of The Year Award, and appears regularly on TV and radio commenting on motoring and automotive industry issues.