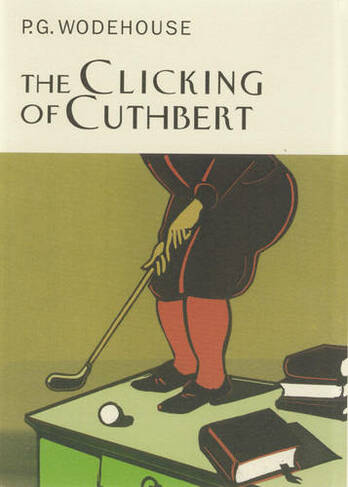 The Clicking Of Cuthbert

Who but P.G. Wodehouse could have extraced high comedy from the most noble and ancient game of golf? And who else could have combined this comedy with a real appreciation of the game, drawn from personal experience? Wodehouse's brilliant but humane brand of humour is perfectly suited to these stories of love, rivalry, revenge and fulfilment on the links. While the oldest member sits inside the clubhouse quoting Marcus Aurelius on patience and wisdom, outside on the green the strongest human passions burn. All human life is here, from Sandy McHoots, the cocky professional, to shy Ramsden Waters, whose only consolation in life is golf. Even golf-haters will not be able to resist stories which perfectly combine physical farce and verbal wit with a gallery of unforgettable characters.

Pelham Grenville Wodehouse (always known as `Plum') wrote about seventy novels and some three hundred short stories over seventy-three years. He is widely recognised as the greatest 20th-century writer of humour in the English language. Perhaps best known for the escapades of Bertie Wooster and Jeeves, Wodehouse also created the world of Blandings Castle, home to Lord Emsworth and his cherished pig, the Empress of Blandings. His stories include gems concerning the irrepressible and disreputable Ukridge; Psmith, the elegant socialist; the ever-so-slightly-unscrupulous Fifth Earl of Ickenham, better known as Uncle Fred; and those related by Mr Mulliner, the charming raconteur of The Angler's Rest, and the Oldest Member at the Golf Club. In 1936 he was awarded the Mark Twain Prize for `having made an outstanding and lasting contribution to the happiness of the world'. He was made a Doctor of Letters by Oxford University in 1939 and in 1975, aged ninety-three, he was knighted by Queen Elizabeth II. He died shortly afterwards, on St Valentine's Day.