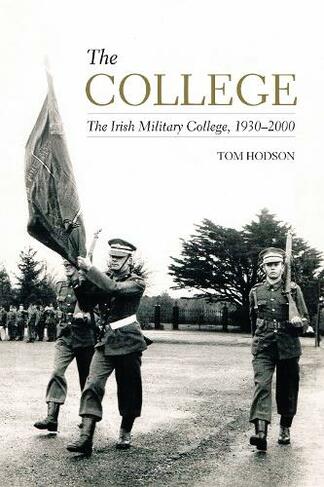 Since its establishment in 1930 the Irish Military College has had a vital influence on not only the Defence Forces but on the nation. It has formed all of the nation's commissioned officers, many of whom have achieved distinction both within and outside of the Defence Forces. The story of this relatively unknown national institution is intriguing as it has attempted to fulfill the roles laid down for it in 1923 in training and instructing officers and officer candidates. The task has not been easy, as the Military College has inevitably been subject to the many changes and fluctuations in the duties, roles and fortunes of the wider Defence Forces. In this book Colonel Tom Hodson, a former instructor in the Military College and a graduate of Ecole de Guerre, Paris, charts its history. He recounts how from its early predecessor, the Army School of Instruction, the Military College has repeatedly re-invented itself, culminating in the requirement for today's modern institution to embrace and impart instruction based on the needs of the Irish Defence Forces and the procedures of European and NATO armies. 16 Plates, color; 22 Illustrations, color

Colonel Tom Hodson (Retd) served in the 12th, 29th, and 5th Infantry Battalions (the latter of which he was Commanding Officer). His career brought overseas service in Cyprus, Lebanon, the Middle East, Central America, and in Former Yugoslavia. He graduated from Ecole de Guerre, Paris in 1987 and spent the following three years as an instructor in the Command and Staff School of the Irish Military College. From 1996 to 1998 he served as Ireland's Military representative to the Western European Union in Brussels, and returned to that city in 2000 as a member of the European Union Military Staff. He has edited Chiefs of Staff, The Portrait Collection of the Irish Defence Forces (Dublin: The History Press, 2011).