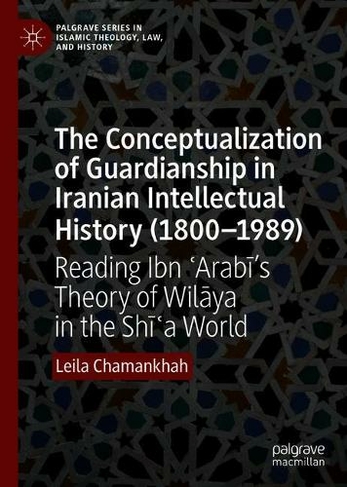 The Conceptualization of Guardianship in Iranian Intellectual History (1800-1989) Reading Ibn 'Arabi's Theory of Wilaya in the Shi'a World 1st ed. 2019

This book is a study of the concept of wilaya and its developments among Shi'i scholars from the eighteenth to twentieth century. Leila Chamankhah addresses a number of issues by delving into the conceptualizations of wilaya through the examination and interpretation of key texts. She focuses on the influence of ibn 'Arabi's mysticism, with regard to the conception of wilaya, on his Shi'a successors and expositors in later centuries. She also discusses the development and transformation of the conception of wilaya over two hundred years, from the esoteric school of Shaykhism to the politicization of wilaya in the theory of wilayat al-faqih. 1 Illustrations, black and white; XIII, 288 p. 1 illus.