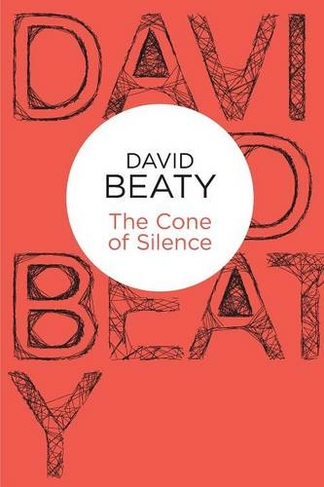 The Cone of Silence

With its tremendous tension and electrifying impact this is one of the great novels of the air. It is the early, dangerous days in the life of a new jet airliner. Millions of pounds have been invested in her-national prestige is at stake . . . Then Victor Fox comes near to disaster. The Court of Enquiry lays the blame on the pilot . . .

Arthur David Beaty was a former RAF pilot, novelist and non-fiction writer whose books about flying earned him a worldwide reputation. Born in Ceylon, Beaty was educated at Kingswood, Bath and Merton College, Oxford, where he edited The Cherwell with Iris Murdoch. He became an RAF pilot during WWII, where he excelled, but gave up a life in the Air Force to write full-time. However, his experiences informed his many novels, thrillers originally written under the pseudonym Paul Stanton. In 1960, Cone of Silence was made into a film starring Peter Cushing and George Sanders, and Alfred Hitchcock bought the rights to Village of Stars, although the film was never made. In the late 1960's Beaty turned his hand to writing non-fiction: his book about safety and aviation The Human Factor in Aircraft Accidents, caused wide controversy on its publication in 1969, but was later accepted and remains very influential.