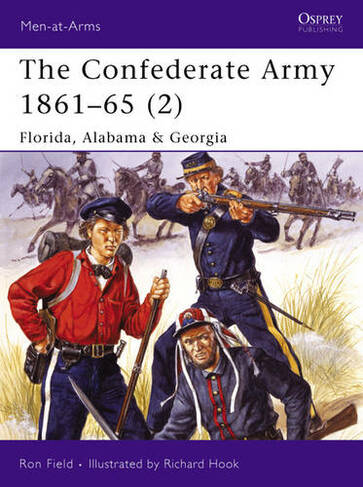 The Southern states of the Confederacy in 1861 fielded many units of volunteer troops who wore a remarkably wide variety of uniforms, often reflecting foreign influences. In the spirit of independence, many states also issued their own uniform regulations at the outbreak of the War Between the States, and these non-standard uniforms were often retained until well into the course of the war. This second of a series of six titles studies the archival and pictorial evidence for the troops of Florida, Alabama and Georgia, and is largely illustrated with fascinating early photographic portraits. 40 b&w illustrations, 8 colour illustrations

Ron Field was born in Hertford, England, in 1943, and was educated in Cheltenham, where he gained a Bachelor of Education (Hons) degree. He has taught history since 1973, and was awarded the Fulbright Scholarship in 1982 before taking part in the UK/US Teacher Exchange Programme. He has travelled extensively in the US, conducting research at numerous libraries, archives and museums. Richard Hook was born in 1938 and trained at Reigate College of Art. After national service with 1st Bn, Queen's Royal Regiment, he became art editor of the much-praised magazine 'Finding Out' during the 1960s. He has earned an international reputation as a freelance illustrator ever since and has illustrated more than 30 Osprey titles.