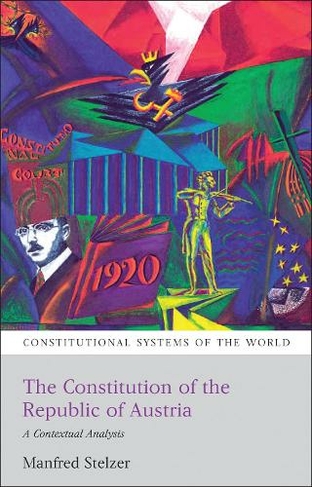 The Constitution of the Republic of Austria A Contextual Analysis

The Constitution of the Republic of Austria originated in 1920. From the beginning it represented a compromise between deeply opposed political parties with widely divergent moral and political principles. The Constitution deliberately lacked substantive content, was formal in character, and was concerned only with the framework for the everyday political process. Constitutional amendments were, and remain, frequent events. As a result case law interpreting the constitution tended to be conservative in outlook; controversial cases were considered a matter for constitutional amendment rather than constitutional interpretation. Only comparatively recently, in the 1980s, has the Constitutional Court adopted a more expansive constitutional jurisprudence, especially in the field of fundamental rights. While this was to some extent an inevitable result of the influence of the ECtHR, it meant for instance that the principle of proportionality became enshrined in Austrian fundamental rights theory. The Constitutional Court even saw fit to set limits to Parliament's power to amend the Constitution. Becoming a member of the EU in 1995 presented Austria with new challenges, leading inevitably to the creation of a Constitutional Convention and, eventually, major amendments to the Constitution in 2008. This book shows how the Austrian Constitution has been shaped and interpreted by the fundamental events in Austria's modern history. At the same time it emphasises the way in which the Constitution establishes a parliamentary system, with additional presidential features, limited, in turn, by Austria's federal structure and the parliaments of nine states.

Manfred Stelzer is Professor of Constitutional Law at the University of Vienna.