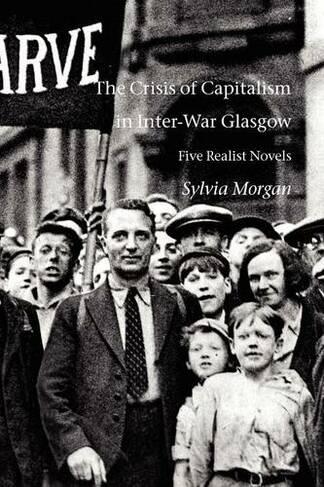 The Crisis of Capitalism in Inter-War Glasgow Five Realist Novels

This study examines the economic and social consequences for Glasgow of the global crisis of capitalism known as the Great Depression, and how this is represented in five realist novels published during the 1930s. It is argued that the inter-war era was a time of both cultural renaissance and political revolution, and a liminal moment in Glasgow's history, defining economic and social conditions in the city for most of the twentieth century. It was also a significant phase in the development of the narrative of the city, creating a new form of literary representation of Glasgow, and a new genre of urban realism in Scottish literature. The novels are: Hunger March (1934), Major Operation (1936), The Shipbuilders (1935), No Mean City (1935) and Gael Over Glasgow (1937) black & white illustrations

Sylvia Morgan has an academic background in sociology, history and literary studies, and is currently occupied with a PhD in Sociology at the University of Glasgow.