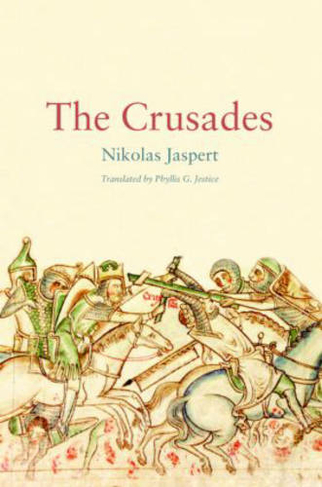 This German-to-English translation of a highly successful book is a clear, approachable, student-friendly introduction to the history of the Crusades. With a long chronological span, from the eleventh to the late fifteenth century, and with a wide geographical coverage of the whole of Europe and some of the Middle East, The Crusades is clear, concise and more wide-ranging than most single-volume works. Taking recent scholarship into account, and using boxes, case studies, marginal directions and chronologies, the book is well laid out and easy to follow, providing a comprehensive overview of the crusade movement for students at all university levels. 3 Line drawings, black and white

Nikolas Jaspert is a Professor of Medieval History at Ruhr-Universitat Bochum. He is widely published on the crusades, on the history of the Iberian Peninsula and on religious orders in the Middle Ages.Phyllis Jestice is Associate Professor of Medieval and Early Modern Europe at the University of Southern Mississippi. She is a highly experienced translator and has recently completed translations of Whalen Lai and Michael von Bruck's Christianity and Buddhism (2001) and Gerd Althoff's Otto III (2003).