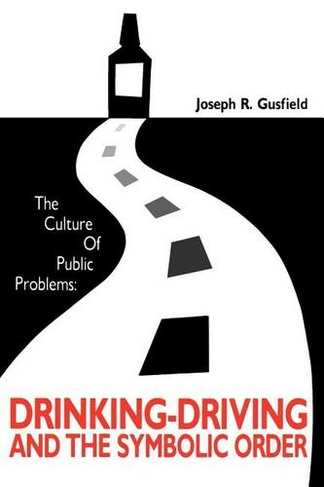 "Everyone knows 'drunk driving' is a 'serious' offense. And yet, everyone knows lots of 'drunk drivers' who don't get involved in accidents, don't get caught by the police, and manage to compensate adequately for their 'drunken disability.' Everyone also knows of 'drunk drivers' who have been arrested and gotten off easy. Gusfield's book dissects the conventional wisdom about 'drinking-driving' and examines the paradox of a 'serious' offense that is usually treated lightly by the judiciary and rarely carries social stigma."-Mac Marshall, Social Science and Medicine "A sophisticated and thoughtful critic. . . . Gusfield argues that the 'myth of the killer drunk' is a creation of the 'public culture of law.' . . . Through its dramatic development and condemnation of the anti-social character of the drinking-driver, the public law strengthens the illusion of moral consensus in American society and celebrates the virtues of a sober and orderly world."-James D. Orcutt, Sociology and Social Research "Joseph Gusfield denies neither the role of alcohol in highway accidents nor the need to do something about it. His point is that the research we conduct on drinking-driving and the laws we make to inhibit it tells us more about our moral order than about the effects of drinking-driving itself. Many will object to this conclusion, but none can ignore it. Indeed, the book will put many scientific and legal experts on the defensive as they face Gusfield's massive erudition, pointed analysis and criticism, and powerful argumentation. In The Culture of Public Problems, Gusfield presents the experts, and us, with a masterpiece of sociological reasoning."-Barry Schwartz, American Journal of Sociology This book is truly an outstanding achievement. . . . It is sociology of science, sociology of law, sociology of deviance, and sociology of knowledge. Sociologists generally should find the book of great theoretical interest, and it should stimulate personal reflection on their assumptions about science and the kind of consciousness it creates. They will also find that the book is a delight to read."-William B. Bankston, Social Forces

Joseph Gusfield is professor emeritus of sociology at the University of California, San Diego. "The Culture of Public Problems" was awarded the Charles Horton Cooley Award for 1983 by the Society for the Study of Symbolic Interaction. Professor Gusfield's other books include "Kenneth Burke: On Symbols and Society," also published by the University of Chicago Press.