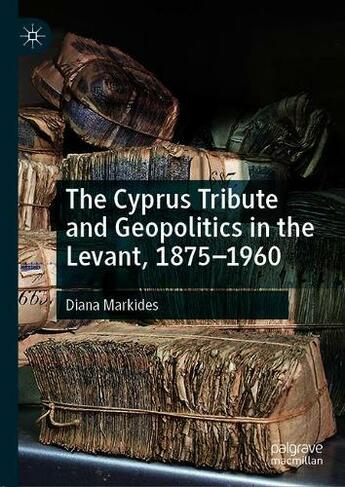 This book examines the history of the Cyprus Tribute, and takes a longer and broader view of the issue than previous studies. It analyses the regional context of the decision to use revenue surpluses for the repayment of debt within the framework of the Eastern Question and Ottoman bankruptcy. We see that the island was always strategically and financially overshadowed by Egypt. Scrutinising political developments in Cyprus through the prism of the tribute issue facilitates a better understanding of its considerable effect on them. The absence of any imperial role for Cyprus as a 'place d'armes' meant that there was no imperial interest in funding the infrastructural development of the island. British policy was treasury-driven. Diana Markides analyses why it failed, and how its failure resulted in the local colonial government having to impose a deeply unpopular fiscal policy, for which there was no adequate explanation. She examines the extent to which local resistance to this policy affected not only constitutional development on the island and Anglo-Cypriot relations, but the nature of the relations between the two major communities. 1 Illustrations, color; 1 Illustrations, black and white; XVI, 259 p. 2 illus., 1 illus. in color.

Diana Markides is a historian specialising in the colonial history of Cyprus in a regional perspective. Previously she was Senior Research Fellow at the Institute of Commonwealth Studies at the University of London, UK. She has published widely on the modern history of Cyprus and the Eastern Mediterranean, and is the author of Cyprus 1957-1963: From Colonial Conflict to Constitutional Crisis (2001). She is also co-author, with Robert Holland, of The British and the Hellenes (2006), which was co-winner of the Runciman Award in 2007.