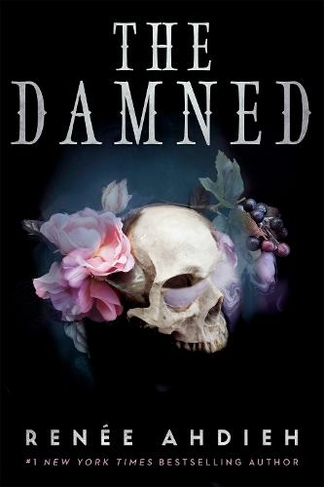 The Damned: (The Beautiful)

By Renee Ahdieh (Author)
Hardback
https://www.whsmith.co.uk/products/the-damned-the-beautiful/renee-ahdieh/hardback/9781529368345-12-000.html £13.59 rrp £16.99 Save £3.40 (20%)
GBP
Availability
In Stock
Free Delivery Available When You Spend £25 Or More
Details
Spend £25 on eligible products to receive free standard delivery to home or free next working day click and collect to store
Share

New York Times bestselling author Renee Ahdieh returns with the second instalment of her new sumptuous, sultry and romantic series, The Beautiful. 'Singularly original' Sabaa Tahir, author of An Ember in the Ashes Forced to flee her home in Paris, Celine Rousseau hoped New Orleans would be a haven, where she could lead a new life in safety. But before long she was drawn into its dark underbelly by the enigmatic leader of the group known as La Cour des Lions, Sebastien Saint Germain. Loving him has proved costly: still recovering from injuries sustained during a night she can't quite remember, Celine's dreams are troubled. And a chain of events has been set in motion that could unveil a truth about herself she is not ready to learn - and even lead to her demise. Now cursed and changed forever, Sebastien, too, has not emerged unscathed, while the tenuous treaty between the Fallen and the Brotherhood has been broken beyond repair. War between the immortals seems imminent. Forces hiding in the shadows have been patiently waiting for this moment. And just as Bastien and Celine begin to uncover the danger around them, they realise their love could tear them apart . . . Praise for Renee Ahdieh 'One of YA's biggest rising stars' Entertainment Weekly 'Wholly satisfying' The Nerd Daily 'Will leave you wanting so much more' Seventeen 'Lushly atmospheric' Publishers Weekly

Renee Ahdieh is the #1 New York Times bestselling author of The Wrath and the Dawn series and The Flame in the Mist series. She is a graduate of the University of North Carolina at Chapel Hill. In her spare time, she likes to dance salsa and collect shoes. She is passionate about all kinds of curry, rescue dogs, and college basketball. The first few years of her life were spent in a high-rise in South Korea; consequently, Renee enjoys having her head in the clouds. She lives in Charlotte, North Carolina, with her husband and their tiny overlord of a dog.