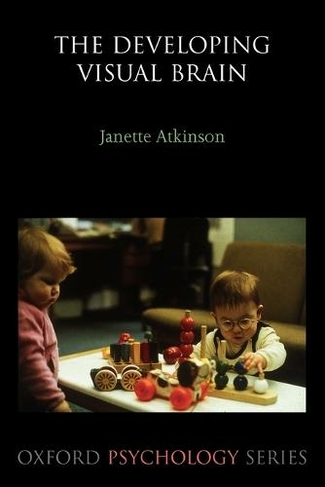 One of the most dramatic areas of development in early human life is that of vision. Whereas vision plays a relatively minor role in the world of the newborn infant, by 6 months it has assumed the position as a dominant sense and forms the basis of later perceptual, cognitive, and social development. From a world leader in the study of visual development in human infants comes a major new work, condensing a lifetime of work in this area - The developing visual brain. Drawing on over 20 years of cutting edge research in the Visual Develoment Units in Cambridge and University College London, the book provides the definitive account of what we know about the developing visual system, and the problems that can occur during development. The book reviews, evaluates, and sets in context the exciting progress being made in this area, and additionally suggests new areas for research. Written to be accessible for advanced undergraduates, graduate students, and researchers in psychology, the neurosciences, optometry, and visual science, The developing visual brain represents an important new addition to the literature on vision. numerous figures

Professor Jan Atkinson has been at the forefront of vision research for the past 25 years. As Head of the Visual Development Units at Cambridge and University College London, she has made the study of the developing visual system very much her own field.