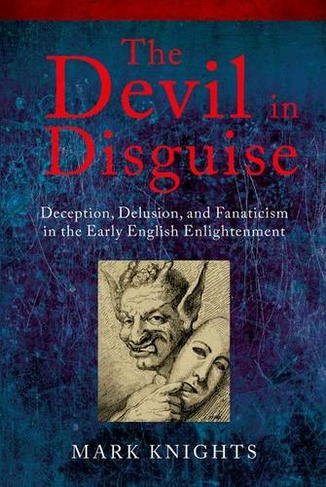 The Devil in Disguise: Deception, Delusion, and Fanaticism in the Early English Enlightenment

The Devil in Disguise illuminates the impact of the two British revolutions of the seventeenth century and the shifts in religious, political, scientific, literary, economic, social, and moral culture that they brought about. It does so through the fascinating story of one family and their locality: the Cowpers of Hertford. Their dramatic history contains a murder mystery, bigamy, a scandal novel, and a tyrannized wife, all set against a backdrop of violently competing local factions, rampant religious prejudice, and the last conviction of a witch in England. Spencer Cowper was accused of murdering a Quaker, and his brother William had two illegitimate children by his second 'wife'. Their scandalous lives became the source of public gossip, much to the horror of their mother, Sarah, who poured out her heart in a diary that also chronicles her feeling of being enslaved to her husband. Her two sons remained in the limelight. Both were instrumental in the prosecution of Henry Sacheverell, a firebrand cleric who preached a sermon about the illegitimacy of resistance and religious toleration. His parliamentary trial in 1710 provoked serious riots in London. William Cowper also intervened in 1712 to secure the life of Jane Wenham, whose trial provoked a wide-ranging debate about witchcraft beliefs. The Cowpers and their town are a microcosm of a changing world. Their story suggests that an early 'Enlightenment', far from being simply a movement of ideas sparked by 'great thinkers', was shaped and advanced by local and personal struggles.

Mark Knights is Professor of History at Warwick University. He has written two books about later Stuart political culture, including Representation and Misrepresentation in Later Stuart Britain: Partisanship and Political Culture which is also published by Oxford University Press, and has also written elsewhere about early modern ideas, print, and discourse. He recently organized a conference held in Parliament to mark the tercentenary of the trial of DrHenry Sacheverell, whose trial features in the book.