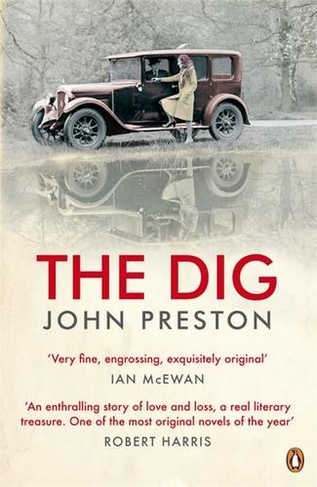 By John Preston (Author)
Paperback
£7.37 rrp £8.99 Save £1.62 (18%)
GBP
Availability
In Stock
Free Delivery Available When You Spend £15 Or More
Details
Spend £15 On Products To Receive Free Standard Delivery To Your Home Or Free Next Day Click and Collect To Stores

In the long hot summer of 1939 Britain is preparing for war. But on a riverside farm in Suffolk there is excitement of another kind: Mrs Petty, the widowed farmer, has had her hunch proved correct that the strange mounds on her land hold buried treasure. As the dig proceeds against a background of mounting national anxiety, it becomes clear though that this is no ordinary find ... And pretty soon the discovery leads to all kinds of jealousies and tensions. John Preston's recreation of the Sutton Hoo dig - the greatest Anglo-Saxon discovery ever in Britain - brilliantly and comically dramatizes three months of intense activity when locals fought outsiders, professionals thwarted amateurs, and love and rivaly flourished in equal measure

John Preston is a former Arts Editor of the Evening Standard and the Sunday Telegraph. For ten years he was the Sunday Telegraph's television critic and one of its chief feature writers. His most recent book, A Very English Scandal, was published to great acclaim in 2016 and turned into BAFTA-winning BBC drama series.