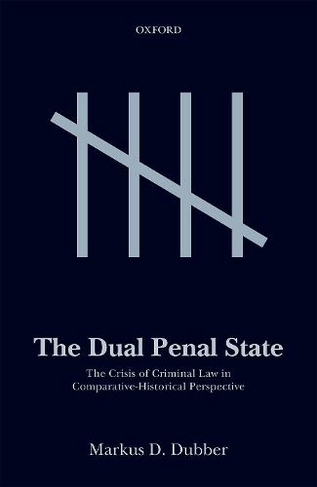 The Dual Penal State: The Crisis of Criminal Law in Comparative-Historical Perspective

The Dual Penal State addresses one of today's most pressing social and political issues: the rampant, at best haphazard, and ever-expanding use of penal power by states ostensibly committed to the enlightenment-based legal-political project of Western liberal democracy. Penal regimes in these states operate in a wide field of ill-considered and barely constrained violence where radical and prolonged interference with citizens, upon whose autonomy the legitimacy of state power supposedly rests, has been utterly normalized. At its heart, the crisis of modern penality is a crisis of the liberal project itself and the penal paradox is the sharpest formulation of the general paradox of power in a liberal state: the legitimacy of state sovereignty in the name of personal autonomy. To capture the depth and range of the crisis of contemporary penality in ostensibly liberal states the book adopts a fresh approach. It uses historical and comparative analysis to reveal the fundamental distinction between two conceptions of penal power - penal law and penal police - that runs through Western legal-political history: one rooted in autonomy, equality, and interpersonal respect, and the other in heteronomy, hierarchy, and patriarchal power. This dual penal state analysis illuminates how the law/police distinction manifests itself in various penal systems, from the American war on crime to the ahistorical methods of German criminal law science.

Markus D. Dubber is Professor of Law and Director of the Centre for Ethics at the University of Toronto. Much of Markus's scholarship has focused on theoretical, comparative, and historical aspects of criminal law. He has published, as author or editor, over twenty books as well as over eighty papers ; his work has appeared in English and German, and has been translated into Arabic, Chinese, Italian, Korean, Persian, Portuguese and Spanish. His publications includeThe Oxford Handbook of Criminal Law (with Christopher Tomlins) (2018); Criminal Law: A Comparative Approach (with Tatjana Hoernle) (2014); The Oxford Handbook of Criminal Law (with Tatjana Hoernle) (2014); Foundational Texts in Modern Criminal Law (2014); The New Police Science: The Police Power inDomestic and International Governance (with Maria Valverde) (2006); The Police Power: Patriarchy and the Foundations of American Government (2005); and Victims in the War on Crime (2002).