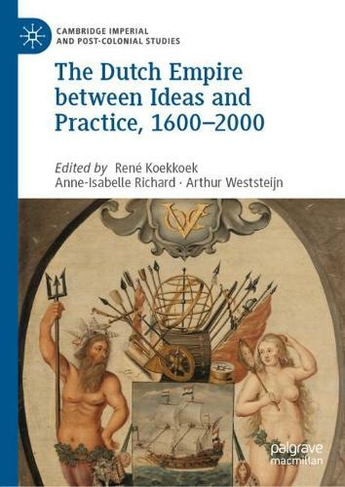 This volume explores the intellectual history of the Dutch Empire from a long-term and global perspective, analysing how ideas and visions of empire took shape in imperial practice from the seventeenth century to the present day. Through a series of case studies, the volume critically unearths deep-rooted conceptions of Dutch imperial exceptionalism and shows how visions of imperial rule were developed in metropolitan and colonial contexts and practices. Topics include the founding of the Dutch chartered companies for colonial trade, the development of commercial and global visions of empire in Europe and Asia, the continuities and ruptures in imperial ideas and practices around 1800, and the practical making of empire in colonial court rooms and radio broadcasting. Demonstrating the relevance of a long-term approach to the Dutch Empire, the volume showcases how the intellectual history of empire can provide fresh light on postcolonial repercussions of empire and imperial rule. Chapter 1, Chapter 3, Chapter 7 and Chapter 8 of this book are available open access under a CC BY 4.0 license at link.springer.com. 10 Tables, color; 4 Illustrations, color; 5 Illustrations, black and white; XIV, 239 p. 9 illus., 4 illus. in color.