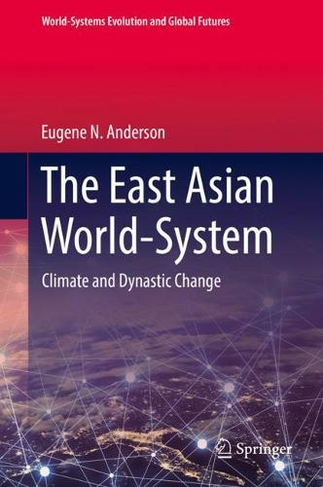 This book studies the East Asian world-system and its dynastic cycles as they were influenced by climate and demographic change, diseases, the expansion of trade, and the rise of science and technology. By studying the history of East Asia until the beginning of the 20th century and offering a comparative perspective on East Asian countries, including China, Japan and Korea, it describes the historical evolution of the East Asian world-system as being the result of good or poor management of the respective populations and environments. Lastly, the book discusses how the East Asian regions have become integrated into a single world-system by a combination of trade, commerce, and military action. Given its scope, the book will appeal to scholars of history, sociology, political science and environmental studies, and to anyone interested in learning about the effects of climate change on the dynamic development of societies. 6 Illustrations, black and white; XII, 248 p. 6 illus.

E. N. Anderson is Professor of Anthropology, Emeritus, at the University of California, Riverside. He received his Ph.D. in anthropology from the University of California, Berkeley, in 1967. He has done research on ethnobiology, cultural ecology, political ecology, and medical anthropology, in several areas, especially Hong Kong, British Columbia, California, and the Yucatan Peninsula of Mexico. His books include The Food of China (Yale University Press. 1988), Ecologies of the Heart (Oxford University Press, 1996), The Pursuit of Ecotopia (Praeger, 2010), Caring for Place (2014), Everyone Eats (2014), Food and Environment in Early and Medieval China (2014), and, with Barbara A. Anderson, Warning Signs of Genocide (2012). He has five children and five grandchildren. He lives in Riverside, California, with his wife Barbara Anderson and three dogs.