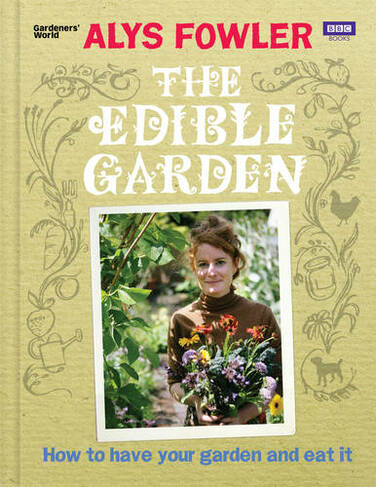 The Edible Garden: How to Have Your Garden and Eat It

In this timely book, Gardeners' World's thrifty and resourceful Alys Fowler shows that there is a way to take the good life and re-fashion it to fit in with life in the city. Abandoning the limitations of traditional gardening methods, she has created a beautifully productive garden where tomatoes sit happily next to roses, carrots are woven between the lavenders and potatoes grow in pots on the patio. And all of this is produced in a way that mimics natural systems, producing delicious homegrown food for her table. And she shares her favourite recipes for the hearty dishes, pickles and jams she makes to use up her bountiful harvest, proving that no-one need go hungry on her grow-your-own regime. Good for the pocket, good for the environment and hugely rewarding for the soul, The Edible Garden urges urbanites everywhere to chuck out the old gardening rules and create their own haven that's as good to look at as it is to eat. f/c photographs & b/w lino cuts throughout

Gardeners' World's Alys Fowler trained at the Horticultural Society, the New York Botanical Garden and the Royal Botanic Garden at Kew. After finishing her training, she worked as a journalist for the trade magazine, Horticulture Week, and then joined the Gardeners' World team as a horticultural researcher. The lure of the garden, however, proved too much and in 2006 Alys became Head Gardener at Gardeners' World's previous home, Berryfields. For the last year she has been more in front of the camera than behind the scenes, and has become a popular and regular presenter from Greenacre, the show's new home.