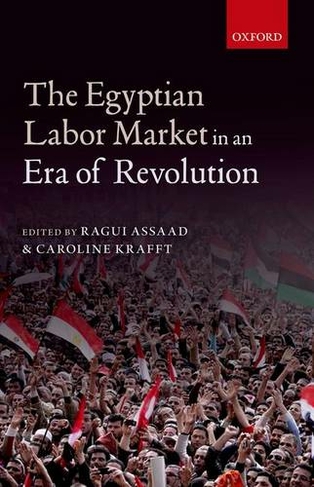 The Egyptian Labor Market in an Era of Revolution

Also available on eBook for £57.83. Click here to purchase from Rakuten Kobo

This book fills an important gap in the knowledge about labor market conditions in Egypt in the aftermath of the Arab Spring uprisings, and it analyzes the results of the latest round of the Egypt Labor Market Panel Survey carried out in early 2012. The chapters cover topics that are essential to understanding the conditions leading to the Egyptian revolution of 25 January 2011, including the persistence of high youth unemployment, labor market segmentation and rigidity, growing informality, and the declining role of the state as an employer. It includes the first research on the impact of the revolution and the ensuing economic crisis on the labor market, including issues such as changes in earnings, increased insecurity of employment, declining female labor force participation, and the stagnation of micro and small enterprise growth. Comparisons are made to labor market conditions prior to the revolution using previous rounds of the survey fielded in 1988, 1998, and 2006. The chapters make use of this unique longitudinal data to provide a fresh analysis of the Egyptian labor market after the Arab Spring, an analysis that was simply not feasible with previously existing data. This book is essential reading for anyone interested in the economics of the Middle East and the political economy of the Arab Spring. Figures and Tables

Ragui Assaad is Professor of Planning and Public Affairs at the University of Minnesota's Humphrey School of Public Affairs. He has been a Research Fellow of the Economic Research Forum since 1994 and thematic leader of its Labour and Human Resource Development thematic area since 2011. He holds a PhD degree in City and Regional Planning from Cornell University and a Master degree in Mechanical Engineering from Stanford University. He served as Regional Director forWest Asia and North Africa for the Population Council, based in Cairo, Egypt, from 2005 to 2008.Caroline Krafft received her Master's of Public Policy from the Humphrey School of Public Affairs at the University of Minnesota and is now pursuing her PhD in Applied Economics at the University of Minnesota. Her research examines issues in development economics, primarily labor, education, health, and inequality in the Middle East and North Africa. She is currently engaging in research on the Egyptian labor market, the economics of marriage in North Africa, education in Egypt and Jordan, andearly childhood development throughout the Middle East and North Africa.