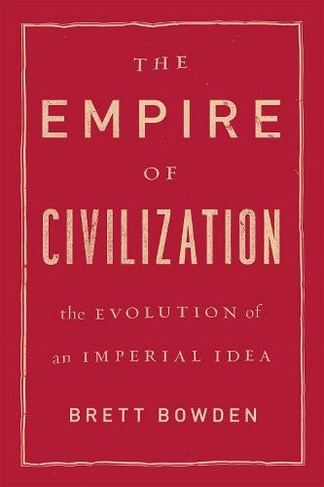 The Empire of Civilization The Evolution of an Imperial Idea

The term "civilization" comes with considerable baggage, setting up a dichotomy wherein people, cultures, and histories are "civilized" - or not. While the idea of civilization has been deployed throughout history to justify all manner of interventions and socio political engineering, relatively few scholars have stopped to consider what the concept actually means. Here, Brett Bowden examines how the idea of civilization has informed our thinking about international relations over the course of ten centuries. From the Crusades to the colonial era to the global war on terror, this sweeping volume exposes civilization as a stage-managed account of history that legitimizes imperialism, uniformity, and conformity to Western standards, culminating in a liberal-democratic global order. Along the way, Bowden explores the variety of confrontations and conquests - as well as those peoples and places excluded or swept aside - undertaken in the name of civilization. Concluding that "the West and the rest" have more commonalities than differences, this provocative and engaging book ultimately points the way toward an authentic inter civilizational dialogue that emphasizes cooperation over clashes.

Brett Bowden is associate professor of history and political thought at the University of Western Sydney. He is the author of Civilization and War.