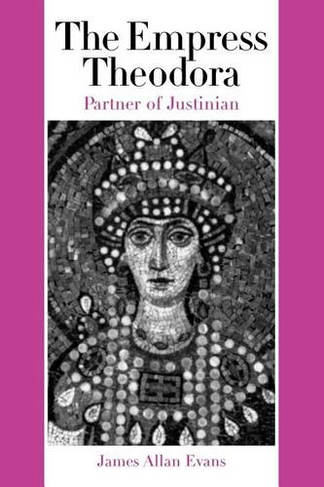 The Empress Theodora: Partner of Justinian

Even by modern standards, the Empress Theodora (?-548) had a remarkable rise to power. Born into the lowest class of Byzantine society, she worked as an actress in burlesque theater. Yet she attracted the love of the future emperor Justinian, who, to the astonishment of proper society, made her not only his wife but also his partner in government. Justinian's respect for and trust in Theodora gave her power in her own right unmatched by almost any other Roman or Byzantine empress. In this book, James Allan Evans provides a scholarly, yet highly accessible account of the life and times of the Empress Theodora. He follows her from her childhood as a Hippodrome bearkeeper's daughter to her imperial roles as Justinian's most trusted counselor and as an effective and powerful advocate for the downtrodden. In particular, he focuses on the ways in which Theodora worked to improve the lives of women. He also explores the pivotal role Theodora played in the great religious controversy of her time, involving a breach between sects in the Christian church. 9 b&w illus., 1 figure

James Allan Evans is Professor Emeritus of Classics at the University of British Columbia.