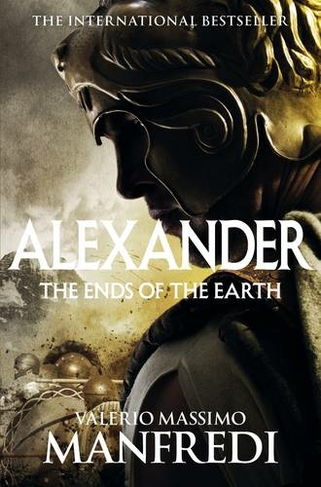 The Ends of the Earth: (Alexander)

In Valerio Massimo Manfredi's The Ends of the Earth Alexander's epic quest continues through the heart of Asia and on towards the mystery of India. The Macedonian Army march in search of limitless glory, crushing resistance at every turn. The beauty of Babylon is ravaged, the Palace of Persepolis burnt to ashes. An empire is destroyed and a new and bloody era begins. But there are other things on the great conqueror's mind. An ambitious project to unite the peoples of the empire in one homeland begins to obsess him, until the curious beauty of Queen Roxanna gives Alexander the strength to fulfil his destiny . . . A truly compelling and romantic book and a breathtaking conclusion to the bestselling Alexander trilogy.

Valerio Massimo Manfredi is professor of classical archaeology at Luigi Bocconi University in Milan. Further to numerous academic publications, he has published many works of fiction, including the Alexander trilogy which has been translated into thirty-eight languages in sixty-two countries. His novel The Last Legion was released as a major motion picture. He has written and hosted documentaries on the ancient world and has penned screenplays for cinema and television.