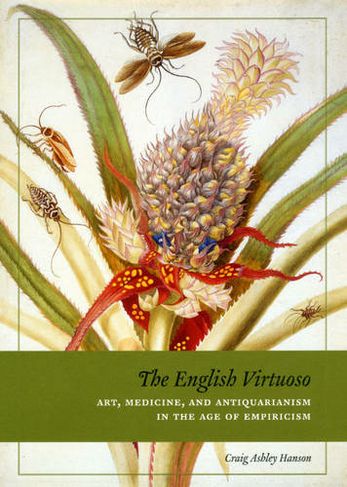 The English Virtuoso Art, Medicine, and Antiquarianism in the Age of Empiricism

Contrary to twentieth-century criticism that cast them as misguided dabblers, English virtuosi in the seventeenth and early eighteenth centuries were erudite individuals with solid grounding in the classics, deep appreciation for the arts, and sincere curiosity about the natural world. Reestablishing their broad historical significance, "The English Virtuoso" situates this polymathic group at the rich intersection of the period's art, medicine, and antiquarianism.At the heart of this profoundly interdisciplinary study lies the Royal Society of London for the Improvement of Natural Knowledge, which from its founding in 1660 served as the major professional organization for London's leading physicians, many of them prominent virtuosi. Craig Ashley Hanson reveals that a vital art audience emerged from the Royal Society - whose members assembled many of the period's most important nonaristocratic collections - a century before most accounts date the establishment of an institutional base for the arts in England. Unearthing the fascinating stories of an impressive cast of characters, Hanson establishes a new foundation for understanding both the relationship between British art and science and the artistic accomplishments of the late eighteenth and nineteenth centuries. 12 colour plates, 62 halftones