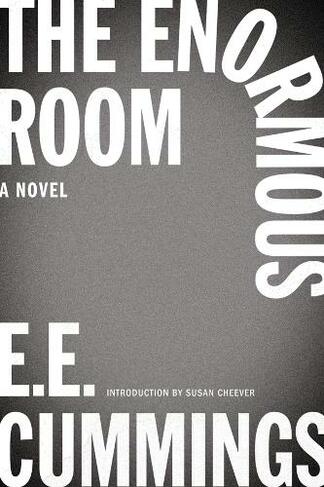 The most notable work of fiction from our most beloved modernist poet, The Enormous Room was one of the greatest-yet still not fully recognised- American literary works to emerge out of World War I. Drawing on E. E. Cummings's experiences in France as a volunteer ambulance driver, this novel takes us through a series of mishaps that led to the poet being arrested for treason and imprisoned. Out of this trauma Cummings produced a work like no other-a story of oppression and injustice told with his characteristic linguistic energy and unflappable exuberance, which celebrates the spirit of the individual and offers a brave and brilliant opposition in the face of the inhumanity of war. 56 drawings

E. E. Cummings (1894-1962) was among the most influential, widely read, and revered modernist poets. He was also a playwright, a painter, and a writer of prose. Born in Cambridge, Massachusetts, he studied at Harvard University and, during World War I, served with an ambulance corps in France. He spent three months in a French detention camp and subsequently wrote The Enormous Room, a highly acclaimed criticism of World War I. After the war, Cummings returned to the States and published his first collection of poetry, Tulips & Chimneys, which was characterized by his innovative style: pushing the boundaries of language and form while discussing love, nature, and war with sensuousness and glee. He spent the rest of his life painting, writing poetry, and enjoying widespread popularity and success. Susan Cheever, a novelist and memoirist and the author of E. E. Cummings: A Life, lives in New York. George J. Firmage edited many works by Cummings, including Erotic Poems; Complete Poems, 1904- 1962; and Fairy Tales.