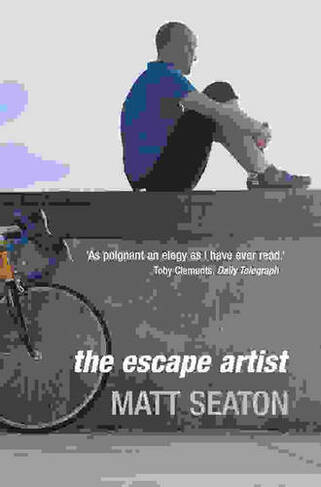 The Escape Artist: Life from the Saddle

Matt Seaton's critically acclaimed memoir about his obsession for cycling and how that obsession was tamed. For a time there were four bikes in Matt Seaton's life. His evenings were spent 'doing the miles' on the roads out of south London and into the hills of the North Downs and Kent Weald. Weekends were taken up with track meets, time trials and road races - rides that took him from cold village halls at dawn and onto the empty bypasses of southern England. With its rituals, its code of honour and its comradeship, cycling became a passion that bordered on possession. It was at once a world apart, private to its initiates and, through the races he rode in Belgium, Mallorca and Ireland, a passport to an international fraternity. But then marriage, children and his wife's illness forced a reckoning with real life and, ultimately, a reappraisal of why cycling had become so compelling in the first place. Today, those bikes are scattered, sold, or gathering dust in an attic. Wry, frank and elegiac, 'The Escape Artist' is a celebration of an amateur sport and the simple beauty of cycling. It is also a story about the passage from youth to adulthood, about what it means to give up something fiercely loved in return for a kind of wisdom.

Matt Seaton was born in Brighton in 1965. He has written for, amongst others, the Observer, Telegraph, Vogue, Independent on Sunday, Daily Mail, and the New York Times Book Review. He is a contributing editor at Esquire and the Parents editor at the Guardian. He co-edited and contributed to the book Before I Say Goodbye (Penguin, 1998), by his late wife, the journalist Ruth Picardie. He is remarried, to American writer Anna Shapiro, and lives in Kennington, south London, with her and his two children.