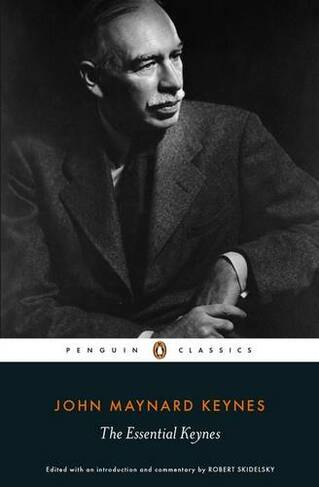 Edited with an introduction by ROBERT SKIDELSKY 'Many of the greatest economic evils of our time are the fruits of risk, uncertainty, and ignorance' John Maynard Keynes was the most influential economist, and one of the most influential thinkers, of the twentieth century. He overturned the orthodoxy that markets were optimally self-regulating, and instead argued for state intervention to ensure full employment and economic stability. This new selection is the first comprehensive single-volume edition of Keynes's writings on economics, philosophy, social theory and policy, including several pieces never before published. Full of irony and wit, they offer a dazzling introduction to a figure whose ideas still have urgent relevance today.

John Maynard Keynes (1883-1946) is widely considered to have been the most influential economist of the 20th century. His key books include The Economic Consequences of the Peace (1919); A Treatise on Probability (1921); A Tract on Monetary Reform (1923); A Treatise on Money (1930); and his magnum opus, the General Theory of Employment, Interest, and Money (1936).Robert Skidelsky is Emeritus Professor of Political Economy at Warwick. His three-volume biography of Keynes received numerous awards, including the Lionel Gelber Prize and the Council on Foreign Relations Prize.