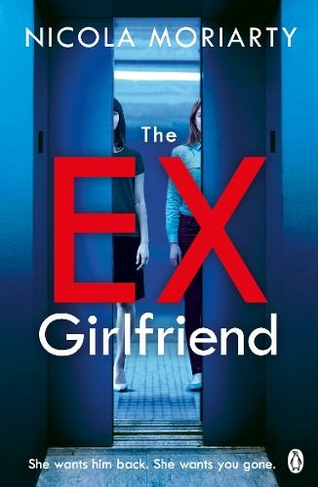 The Ex-Girlfriend: The gripping and twisty psychological thriller

'Gripping, dramatic and with twists you won't see coming. I loved this book' Sally Hepworth, author of No.1 ebook bestseller The Mother-in-Law SHE WANTS HIM BACK. SHE WANTS YOU GONE. Finally, Georgia has found the one. Luke is kind, handsome, and makes her feel safe - which is what she needs after everything she's been through. The only problem is his ex-girlfriend. Luke says Cadence just can't accept the breakup, and that explains the texts, the emails, the notes... But then things start to go very wrong - will Cadence really do whatever it takes to get what she wants? Fans of Lisa Jewell, Rachel Abbott and Adele Parks will love this tense and twisty psychological thriller. _____________ 'An extremely twisty tale of obsession and revenge, this psychological thriller will quickly get under your skin - be prepared for some late nights 'til you finish it!' Heat 'One of the best I've read this year' 5***** reader review 'A gripping read with lots of twists and turns' 5***** reader review 'Trying to work out which of the characters is dangerous and which to trust is almost impossible . . . I could not stop reading' 5***** reader review 'A great mix of romance, creepiness and a crazy stalking ex. Fabulous. A good fun read that still kept me on the edge of my seat and had so many twists that absolute blew my mind!' 5***** reader review 'Expect dark themes and plot twists a plenty in this intense, creepy thriller' Red 'A darkly thrilling surprise' Sun Praise for Nicola Moriarty 'I devoured it' Marian Keyes 'Dramatic, mysterious and compelling' Vogue

Nicola Moriarty is a novelist, copywriter and mum to two small (but remarkably strong-willed) daughters. In between various career changes, becoming a mum and studying at university, she began to write. Now, she can't seem to stop. The Fifth Letter was her UK debut novel, followed by Those Other Women.