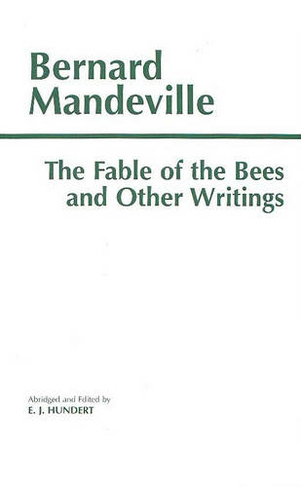 The Fable of the Bees and Other Writings: Publick Benefits'

This edition includes, in addition to the most pertinent sections of The Fable's two volumes, a selection from Mandeville's An Enquiry into the Origin of Honor and selections from two of Mandeville's most important sources: Pierre Bayle and the Jansenist Pierre Nicole. Hundert's Introduction places Mandeville in a number of eighteenth-century debates--particularly that of the nature and morality of commercial modernity--and underscores the degree to which his work stood as a central problem, not only for his immediate English contemporaries, but for such philosophers as Hume, Rousseau, and Kant. The selections are substantive enough to faithfully represent Mandeville the social theorist, and compact enough to be used in courses that can afford to spend no more than a week on his work.

E. J. Hundert is Professor of History, the University of British Columbia.