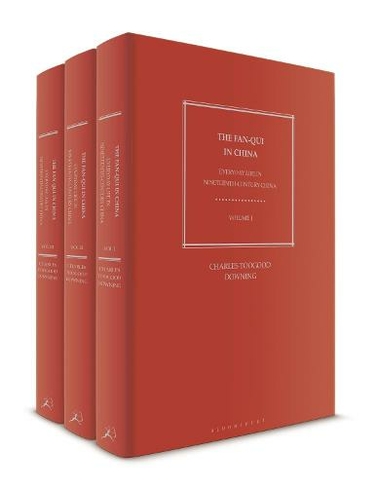 The Fan-Qui in China: Everyday Life in Nineteenth-Century China

This three-volume set presents one of the most detailed descriptions of early 19th-century China by a Western visitor, Charles Toogood Downing. The volumes offer a unique portrait of the routine life of all the peoples of Canton (modern day Guangzhou), both higher and lower classes, Western and Chinese, and keen insights on how the indigenous Chinese population viewed foreigners working and living in their country (the Fan-qui - or foreign devils - of the title). Among the wide range of topics covered by Downing are commerce, culture, law, family relations, agriculture, religion, medicine, smuggling, shipping and navigation, together with information on attitudes to, and business restrictions upon, the English, Americans, Mohammedans, Russians, French and Malays who made up the Fan-qui population. Written in the years immediately preceding the British invasion and the First Opium War (1839-42), The Fan-qui in China reveals the perspective of a foreigner trying, in difficult circumstances, to gain a sympathetic understanding of Chinese society and civilization. With a new introduction by Peter C. Perdue, Professor of History at Yale University, these rare volumes will be welcomed by all those interested in the history, commerce and culture of China and its relations with other countries. Contains 3 Hardbacks

Charles Toogood Downing went to China for two years in the 1830s, where he practised his profession as a surgeon amongst both the Chinese and non-Chinese, gaining an unparalleled insight into the personal and professional dealings of both populations.Peter C. Perdue is Professor of History at Yale University, USA. His books include China Marches West: The Qing Conquest of Central Eurasia. His research focuses on Chinese frontiers, Chinese environmental history, and the history of tea.