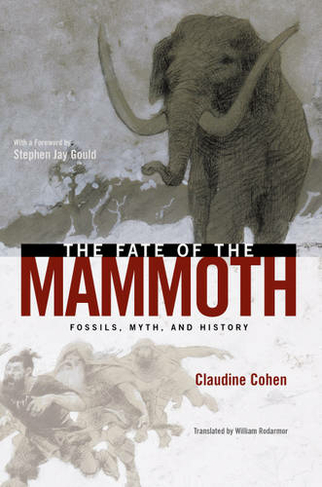 The Fate of the Mammoth Fossils, Myth and History 2nd ed.

From cave paintings to the latest Siberian finds, woolly mammoths have fascinated people across Europe, Asia and North America for centuries. Remains of these enormous prehistoric animals were among the first fossils to be recognized as such, and they have played a crucial role in the birth and development of paleontology. In this lively, wide-ranging look at the fate of the mammoth, Claudine Cohen reanimates this large mammal with heavy curved tusks and shaggy brown hair through its history in science, myth and popular culture. Cohen uses the mammoth and the theories that naturalists constructed around it to illuminate wider issues in the history of science, showing how changing views about a single object reveal the development of scientific methods, practices and ideas. How are fossils discovered, reconstructed, displayed and interpreted? What stories are told about them, by whom, and how do these stories reflect the cultures and societies in which they are told? To find out, Cohen takes us on a grand tour of the study of mammoth remains, from England, Germany and France to Russia and America, and from the depths of Africa to the frozen frontiers of Alaska and Siberia, where intact mammoth corpses have been discovered in the permafrost. Along the way, she shows how paleontologists draw on myth and history, as well as on scientific evidence, to explore the deep history of the earth and of life. Cohen takes her history from the 16th century right up to the present, when researchers are using molecular biology to retrieve mammoth DNA, calling up dreams of cloning them and one day seeing herds of woolly mammoths roaming the frozen steppes. 23 halftones, 46 line drawings