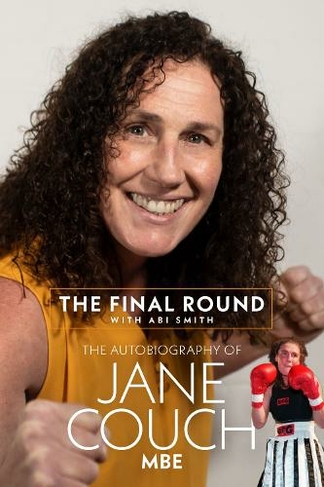 The Final Round: The Autobiography of Jane Couch

By Jane Couch (Author)
Hardback
https://www.whsmith.co.uk/products/the-final-round-the-autobiography-of-jane-couch/jane-couch/hardback/9781785315626-12-000.html £15.99 rrp £19.99 Save £4.00 (20%)
GBP
Availability
In Stock
Free Delivery Available When You Spend £25 Or More
Details
Spend £25 on eligible products to receive free standard delivery to home or free next working day click and collect to store
Share

The Final Round is the inspirational story of one woman and her fight to be able to box. Growing up in Fleetwood with no career aspirations, Jane Couch's world changed overnight when she watched two American women boxers on TV and knew she'd found her calling. However, at that time, women weren't allowed to box in the UK - so Jane had to train under the radar, sparring illegally with men and travelling abroad to fight. She had to prove herself at every turn, but with a country that wouldn't let her do what she loved, she was up against the ropes. But Jane fought back. In 1998 a court of law found the British Board of Boxing Control guilty of discrimination, and she became the first female to be awarded a UK licence to box. Far from being celebrated, she was ridiculed and labelled a 'freak show', the subject of TV chat-show debates. Having paved the way for women to box, Jane found herself hung out to dry by the male-dominated boxing establishment. Her story is one of passion, guts and determination. Includes colour photo section

Jane Couch has collaborated with Abi Smith to tell her story. Abi has ghost-written three books, Kristina Rihanoff: Dancing Out Of The Darkness, Chloe Ayling: Kidnapped and England netball star Geva Mentor's memoir, Leap. She has also written biographies of Russell Howard, Mickey Flanagan and Cara Delevingne. Abi's work has been serialised in the Guardian and Mail on Sunday and she has written for OK!, Entertainment Daily and the Express.